Firing of the Historic Time Cannon

Since it was first fired at 1pm on 21 March 1878, the Time Cannon has been an iconic piece in Maryborough’s history. The original cannon has been placed in the Bond Store and a replica is fired every Thursday at 11am at Portside and 1pm at the City Hall Green.

The original time cannon was found in the Torres Strait and was presented as a gift to the city of Maryborough. It was fired daily at 1pm by employees of the Electric Telegraph Department, who received the official time signal from Brisbane at noon.

Firing continued without a hitch from March 21 1878 until early 1879 when the Superintendent of Electric Telegraphs at Brisbane realised that blasting powder cost 1/3d. (1 shilling and threepence) a pound and nearly a pound of it was used daily. A decision was made that firing the time gun did not fall legitimately within the province of the central government and was an unjustified encroachment upon the functions and privileges of municipal government.

Responsibility for the daily firing was passed to the local council who continued it until about 1890. Now, over 100 years later, a full size replica made by Olds Engineering, Maryborough, is fired by the Town Crier every Thursday at 11am at Portside and then at 1pm as at City Hall Green as a tourist attraction.

11.00am at Customs House Residence Lawn 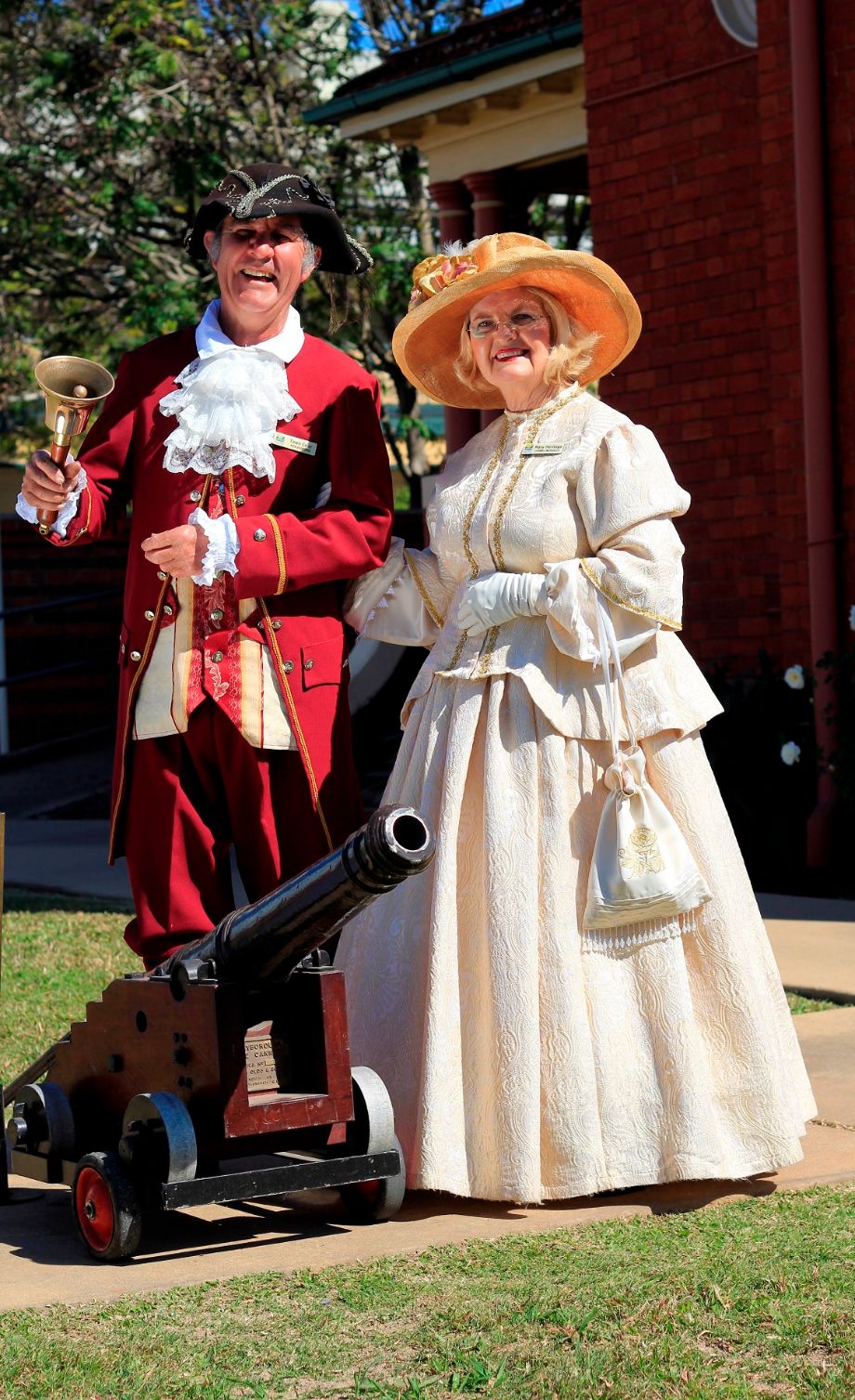