As we reflect on the devastation of drought and bushfires, in 2019/20, and with the world-changing through COVID-19 we need to ensure that we don’t forget the natural devastation that we experienced in the bushfires in the summer of 2019/20. One very special patient we treated through the National Trust Currumbin Wildlife Hospital on the Gold Coast was Ember the Koala. She suffered the severe effects of the bushfires and spent three months at the hospital after suffering burns during one of the most damaging bushfire seasons on record. 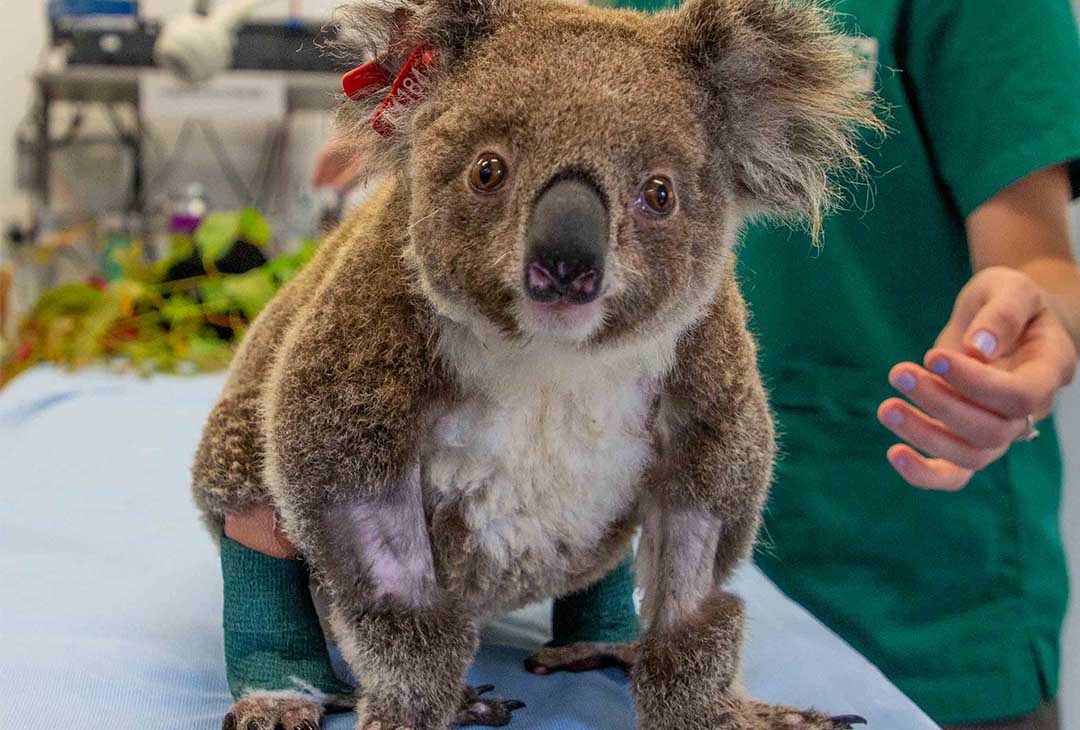 She was one of the lucky ones. Nursed back to health by a team of dedicated experts and re-released into the wild, she is now living a healthy life in her natural habitat of northern New South Wales.

But many more Koalas and other creatures weren’t so lucky. More than 10 million hectares of land on Australia’s eastern side was burned and more than one billion iconic Aussie animals are believed to have perished in those fires.

Dr Michael Pyne, Senior Vet and General Manager of Currumbin Wildlife Hospital, said he had never seen anything like it in his 20 years of veterinary work.

We were all touched by images and footage of a nation coming together to help Koalas and other animals in their darkest hour. Sadly, bushfires and loss of habitat are not the only threat to our iconic Koalas.

Whilst the burns heal and the landscape turns green again after welcome heavy rain in many areas, an insidious disease continues to threaten these beautiful animals.

The devastating and debilitating Chlamydia disease is rapidly sweeping through Queensland’s Koala population. It is every bit as severe now as it was before the fires, remaining a huge threat to our native Koalas. The disease is at its worst in South East Queensland and Northern New South Wales.

The situation is now at a crisis point. Dr Pyne says Chlamydia can make Koalas sterile, which means they are unable to breed. We worry that the ones we treat at the hospital are just the tip of the iceberg.

Just over a decade ago in 2008, Currumbin Wildlife Hospital treated 27 Koalas. In 2020, the devoted hospital team treated 615 Koalas, many showing signs of the disease. The rapid rise in numbers of Koalas with Chlamydia is extremely concerning. More than half of the Koalas admitted to the wildlife hospital test positive for the disease.

Treating Koalas is challenging. The experts at the hospital have to be very careful when prescribing antibiotics, as they can kill the good bacteria that helps Koalas obtain the vital nutrition needed to remain healthy. When this happens, they can waste away from lack of nourishment. Part of their rehabilitation process at our wildlife hospital is helping them gain muscle mass to ensure they have a fighting chance when they are released back to the wild. 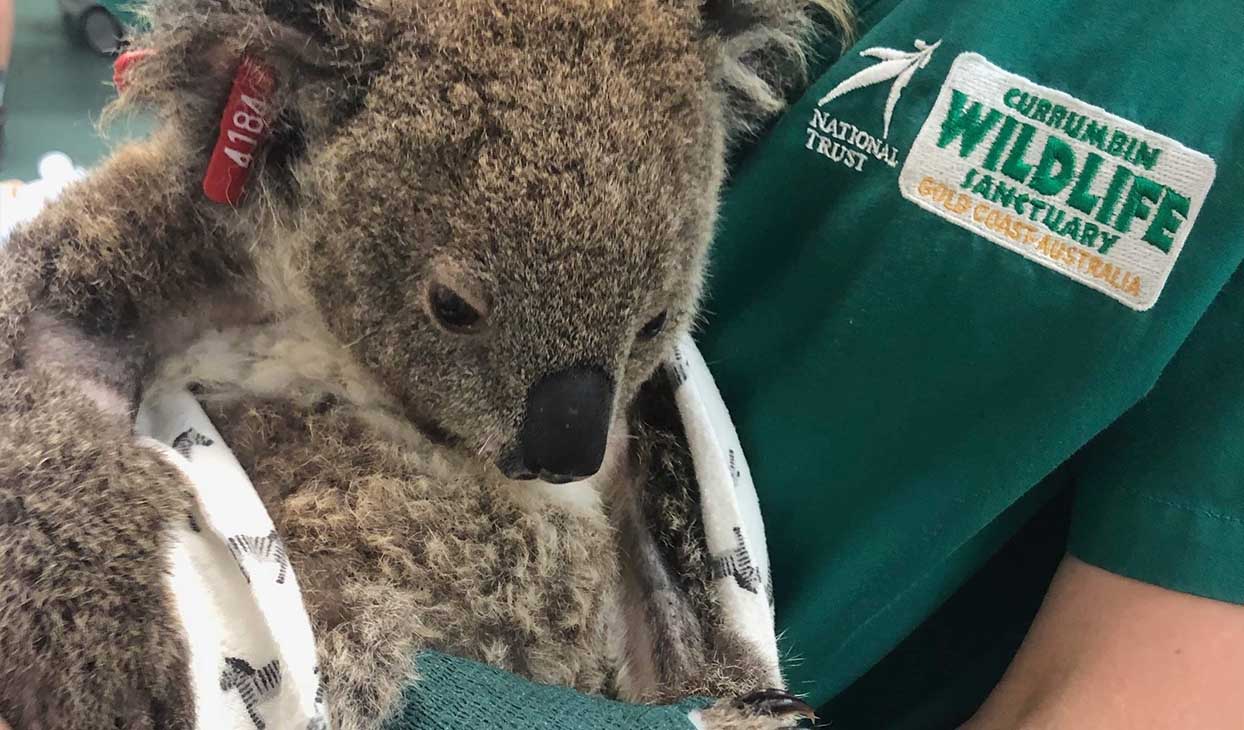 Fighting disease is an important priority for Currumbin Wildlife Hospital’s dedicated team of vets and nurses, who are passionately devoted to the treatment, rehabilitation and release of native wildlife.

The cost of rehabilitating just one Koala starts at $7,000 and it’s is a long process - four weeks of treatment, followed by a week of observation. It’s all worth it to give one of these iconic creatures the all-clear. There is nothing more rewarding than releasing a healthy Koala back into the wild.

Currumbin Wildlife Hospital is a community-funded organisation, and generous donations are desperately needed to assist the hospital to continue to provide the highest level of care to an increasing number of sick, injured and orphaned animals.

Here are some ways you can help:

To learn more about how to contribute to Currumbin Wildlife Hospital’s life-saving work, visit currumbinwildlifehospital.org.au.