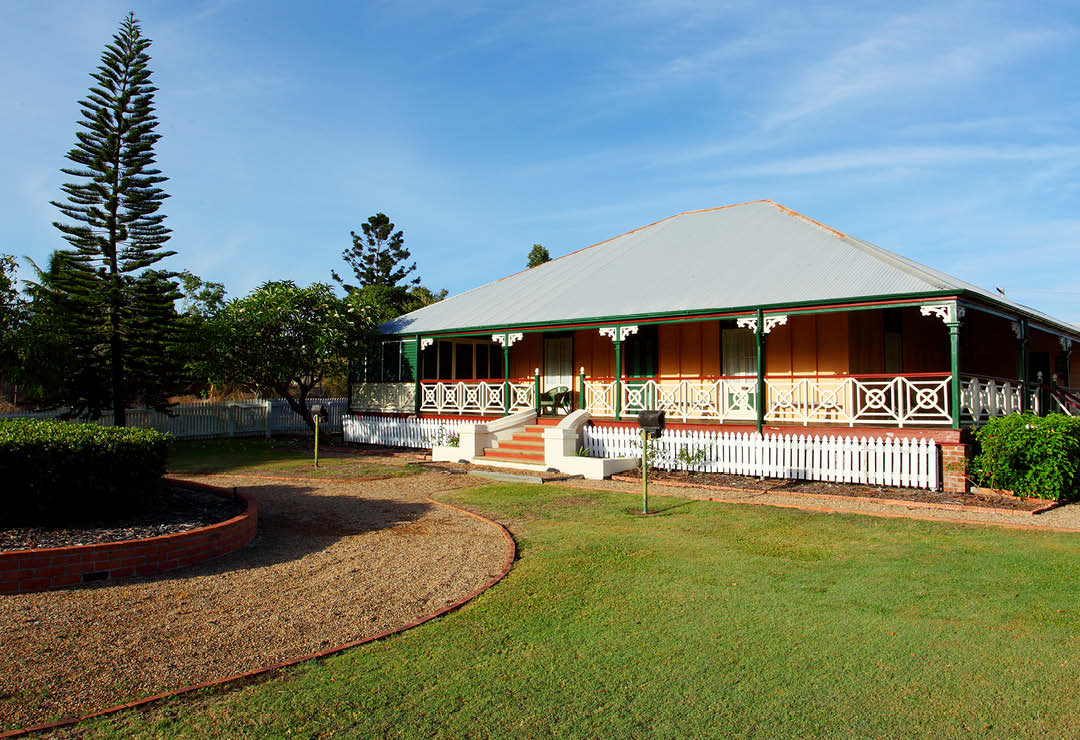 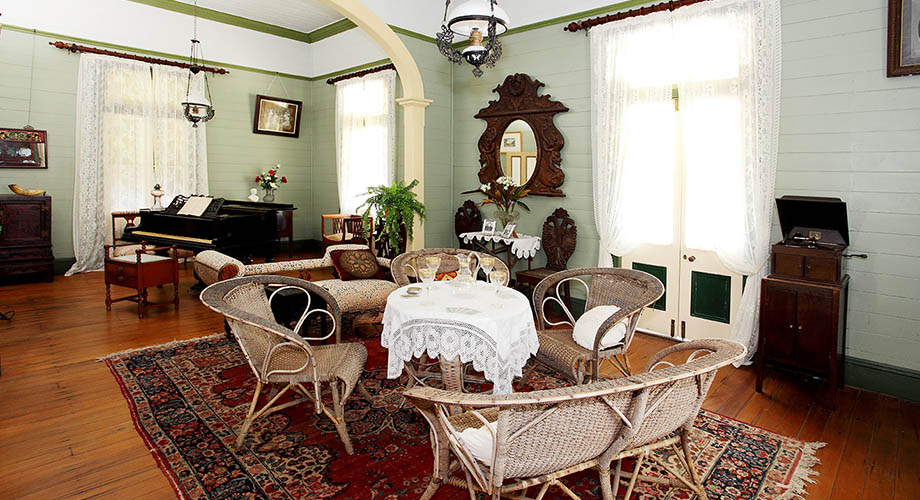 With its collection of heritage-listed buildings dating back to the late 1800s, the Townsville Heritage Centre presents special insight into the lives of workers, wealthier businessmen and professionals in the late 19th and early 20th centuries.

Established by the Townsville Branch of the then National Trust of Queensland in 1978, the Heritage Centre is quintessential Townsville heritage.

If you’re looking for things to do in Townsville, you can explore the tropical Townsville gardens and take a guided tour of the two historical buildings which are open to the public. Both buildings are from the same era, the 1880s, however, represent two quite different strata of society from that time.

Relax as the Heritage Centre Guides shares Townsville history with you, along with the histories of the buildings and the fascinating stories of the people who lived in them. All had associations with the industries that shaped the north — with famous sugar plantations, great gold mines, pioneering pastoral properties, the horse trade to India, and even the searches for the passenger ship the SS Yongala that disappeared in 1911.

Connect with the region’s history by learning about the artefacts cared for within the walls of these buildings.

During our open season, our visiting times are Wednesdays 10am to 1pm, and on Saturdays from 2pm to 4pm and for tours by special arrangement, the Townsville Heritage Centre requires a small entry fee to the general public but is free for National Trust members. 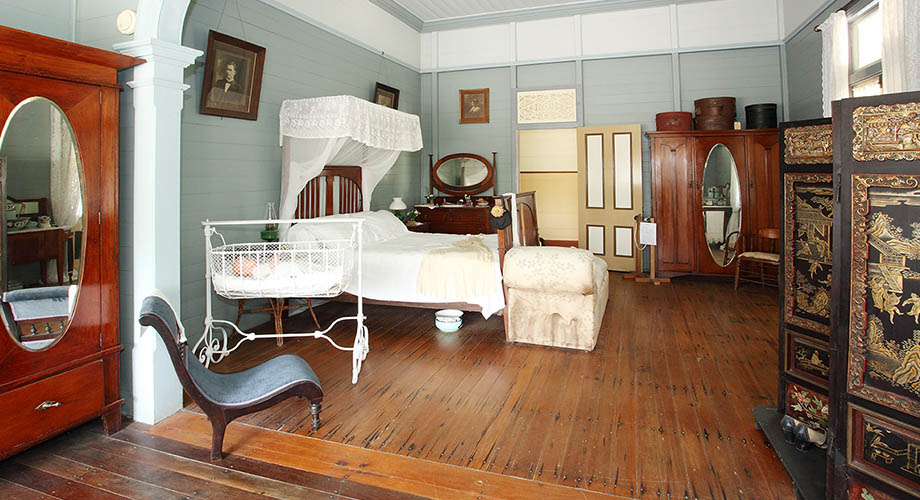 Wednesday 10am to 1pm
Saturday 2pm to 4pm 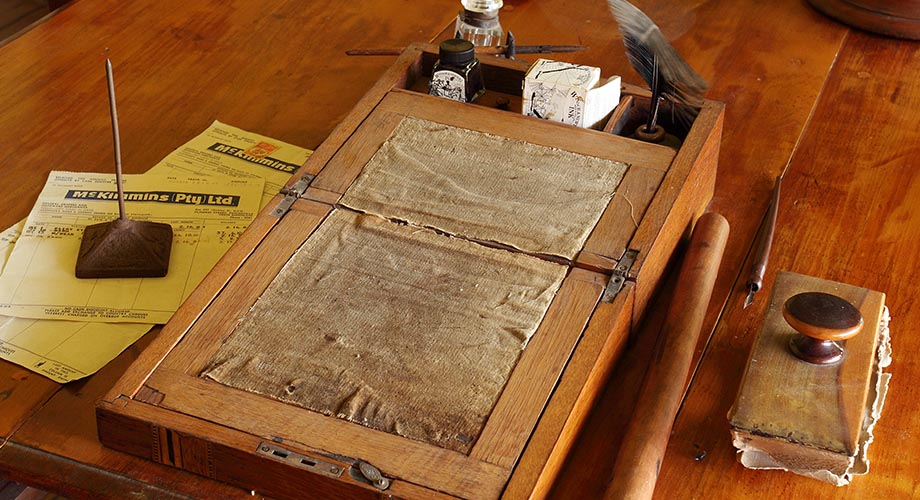 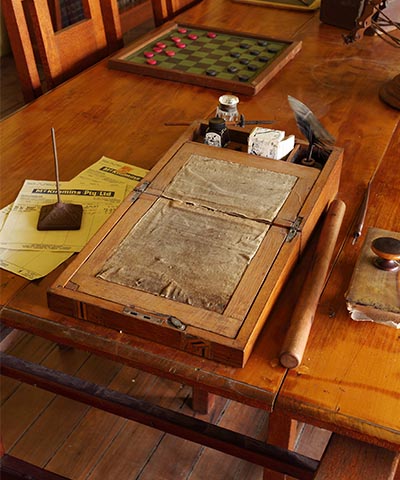 The nineteenth century villa residence ‘Currajong’, a worker’s dwelling dating from 1884 and a 1921 farmhouse are the three buildings that form the Townsville Heritage Centre. The school excursion program covers several topics relevant to the school curriculum.

Townsville Heritage Centre features three important heritage buildings. The Worker’s Dwelling from 1884 is a low-set typical north Queensland house with one bedroom, an open front verandah and enclosed rear verandah. To date it is the oldest example of a worker’s cottage identified as being built in Townsville. The villa residence of 1888, ‘Currajong’, is a large single-storey house, constructed of timber, with a wide verandah. Both houses have interesting furniture collections, some made in Townsville by well-known local manufacturers. ‘Currajong’ displays items from the Green Collection of Chinese and Japanese artefacts, dating from the era when Townsville was the home of the first Japanese Consulate in Australia over a hundred years ago.

World War II is also commemorated at the Centre. ‘Currajong’ was commandeered to serve as a RAAF Hospital during the war. For that reason the Australian Flag is always flown on the flagpole when the Centre is open to the public. Photographs of the wartime staffs and the medals of the first commandant, Dr Yeates, are always on display.

The 1921 Farmhouse keeps alive the memory of the 19th and 20th-century farms that have now disappeared under modern development. They played a vital role in supplying food before the railway along the Queensland coast opened in the 1920s. It is also typical of 19th and 20th-century houses on the farms surrounding Townsville. Its construction is quite different from that of the other two houses at the Centre. High-set on timber stumps, it had originally only one room on the upper floor, surrounded by a verandah. Later it was divided into two rooms by a passageway, with the verandah partly enclosed.